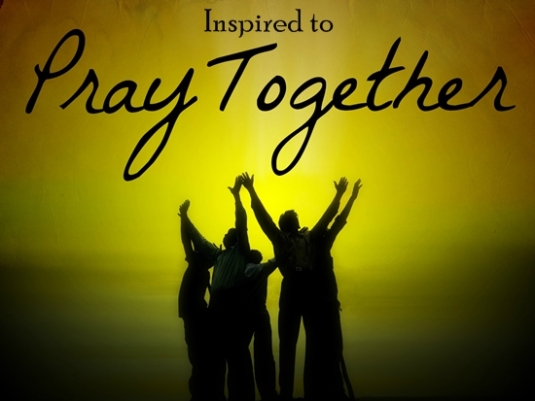 To that end Lord, we ask that you would bring Donald Trump out of darkness and into light. Give him a spirit of brokenness and humility. “Unless you turn and become like children, you will never enter the kingdom of heaven” (Matthew 18:3). “Unless one is born again he cannot see the kingdom of God” (John 3:3). I pray that you would break his heart, give him humility, show him what it feels like to be penitent and to admit he’s done wrong — to confess he was wrong, ask forgiveness from you, and ask for forgiveness from the people that he’s wounded or people that he’s set a bad example for. He needs to be given the gift of faith and humility and repentance, and I pray that you would give it to him.

We’re not eager to have him as an adversary. We would like him as a brother. That will not be an easy transition for him. He’s a very wealthy man, and it hard for the rich to enter the kingdom of heaven (Matthew19:23–24). But Lord, you are able. The disciples threw up their hands in dismay saying, “Who then can be saved?” You didn’t say, “Well, that’s a stupid question.” You said, “With man this is impossible.” Then, you entered the glorious news, “But with God all things are possible” — including our conversion and Donald Trump’s conversion (Matthew 19:25–26). That’s our big, overarching prayer: for the advance of your kingdom and salvation there and throughout this land.

Until that day Lord, in your wonderful providence, “The king’s heart is a stream of water in the hand of the Lord; he turns it wherever he will” (Proverbs 21:1). So, guard him from folly. Guard him from stupid decisions that would damage people, damage America, damage the church. Guard him. Superintend him and the congress in such a way that, beyond their explanation, things turn in a direction that makes for the kind of good that, even though it may not have faith in it, would have the form of faith in justice and love.

We’re asking for that kind of miracle, Lord: that you would surprise even him at what is able to be brought about. Protect him from the deceptions of the Evil One at the level of this providential governance of your way in the world, in America now. So God, I ask that the church would not rely on government and would not rely on a Trump presidency. I pray for evangelical leaders not to celebrate Donald Trump’s presidency with no apparent qualification, no tears, no brokenness, no sadness that he set such an awful example for this land.

Open the eyes, I pray, of evangelical leaders who seem so triumphalist in this moment as to think their way has been brought about and now good things are coming because we can lean on the arm of the flesh the way so many seem to give the indication. Grant that there would be a rising tide leaning upon the Holy Spirit, leaning upon the word of God; that there would be a countercultural dependence upon prayer, rather than the dependence of a power in high places.

Grant that there would be a burden for spiritual awakening, a burden for sharing the gospel, a burden for building healthy, strong, biblical churches in the land, a burden for taking the gospel to the nations of the world. Lord, don’t let us exhaust our energies fretting about the little molehill of this presidency when we have a Himalayan Mountain range of blessings in Christ Jesus. Grant that we would operate out of the fullness of Christ in doing many good deeds in this land. Grant that the church would be purified, and all the corruption and all the worldliness would be removed so that the world would stand up and say, “That’s a strange people. That’s a different people. That’s a godly, humble, servant-like, sacrificial, loving people,” rather than just, “That’s just Republican. That’s just what the world is.”

So God, work a great work of renewal in your church, I pray. May we live for the sake of the salvation of the world, O God. May this land not be our land, but heaven be our land, and the gathering of your people from all the peoples in every tribe of the world be our passion and our burden. Put America down in our priority list, and put the kingdom of God up, and the name of God up, and the church of God up, and the reaching of the nations up. Grant, I pray, that here at Desiring God, we would have a significant part to play in that. O, give us wisdom.

Make us willing, O God, to submit ourselves to the lordship of Jesus, not the lordship to any man who leads. We ask for your help. We humble ourselves under your mighty hand. In Jesus’s name. Amen.

John Piper (@JohnPiper) is founder and teacher of desiringGod.org and chancellor of Bethlehem College & Seminary. For 33 years, he served as pastor of Bethlehem Baptist Church, Minneapolis,