This story introduced my husband Jim to many African realities in the early 90’s…the story of this AIDS crisis came from an opportunistic disease that takes the lives of so many young vibrant Africans.

From a year’s worth of experiences like these, understanding took hold in our minds and hearts. Passion developed that year and for the next 23 years…we have been called to ministry in Africa, called to teach AIDS prevention messages, called to serve widows and orphans in the center of the world’s AIDS pandemic, Africa.

Dr. Judge, you are needed in the emergency department. There is a patient there”. The message was delivered with the same intonation one might use to convey any routine piece of information, like the day will be seventy-two and sunny, or the trash needs to be emptied. Over the next several months, I learned there were certain code words I needed to listen for. A patient who “might need some sutures” usually had a laceration three inches deep and ten inches long. A patient who “was having trouble breathing” had already been dead for about an hour. The code word here was, “You are needed—” which I would come to understand meant, “We’ve got a big problem.” The worker just stood there after delivering the message, which I took as my clue to get moving.

I finished up quickly with the older lady I was seeing and then followed the worker to the emergency ward located about fifty feet down the hall. There, lying on her side on a gurney, working very hard to breathe between spasms of coughing, was a woman in her twenties. There were beads of sweat pouring over her face despite the tomblike cold of the hospital. Each new spasm of coughing convulsed her whole body and ended in a violent eruption of saliva and mucous. As I approached, she gave me a quick, almost cautionary look, as if she was trying to warn me of something, without diverting her central attention from the essential task at hand, her next breath. She wore a tattered cardigan sweater over a worn dress, and her cheap plastic shoes were caked heavily with the red Kenyan mud. The worker in the emergency room told me that, while waiting to be seen, she had collapsed. Her eyes were wild, a look I recognized as air hunger, and as I placed my stethoscope on her hot back I knew why. Everywhere I listened, with each breath came the crackling sound one might hear if you were crinkling cellophane. There was no part of her chest that was not full of it. She had an overwhelming pneumonia. I continued my exam and quickly discovered there was something more. She was, at least by size, approximately seven months pregnant. I asked the dispenser for a Doppler device so I could hear the baby’s heartbeat. It was there, but much faster than it was supposed to be—the child was sharing in the mother’s distress. The young woman was very thin and wasted, as if she hadn’t eaten in a long time. Her arms were delicate and there was no tone to her flesh, almost like she was ninety years old. As I pondered all this, someone from the lab came in with results of some tests that were ordered earlier by the outpatient dispenser. Her white-blood-cell count was very high, reflecting the severity of her infection. She also was significantly anemic. The final test result stopped me in my tracks. It was her HIV test. It was positive.

Hope began to drain away. Any help we could provide would be, at best, temporary. We might be able to treat her current infection, maybe long enough to get her delivered. The statistical likelihood that the baby was also HIV-positive was about one in three. Frankly, in Africa, those aren’t bad odds. Odds we would have to take. I noticed, with the result of her HIV test, came a subtle change in the Kenyan workers’ attitudes toward her. Some element of reserve began to seep into their demeanor, some need to hold her at arm’s length. Maybe it was nothing more than self-protection. Compassion costs, and in a world where death is a daily reality, a world not laboring under the myth that everyone lives forever, compassion becomes a commodity that needs to be spent with care.

The young woman’s story began to unfold. This was my first lesson in how much Africans have to teach us about obtaining a medical history. I think it comes from their holistic perspective on life, a perspective often lacking in the more developed world. To ask questions of someone only about their symptoms would be considered rude and incomplete. A routine medical history would always include inquiries about where patients came from and their families, what kind of work they did, and how they were feeling in general. In other words, about their whole lives. This patient was a schoolteacher from a small hamlet several hours away. She had been engaged. Her fiancé was a truck driver, a high-risk occupation in Kenya even before the AIDS epidemic, between bandits and road conditions and the chronic disrepair of vehicles. After the AIDS epidemic hit, the life expectancy of truck drivers went down one more notch because of the common association of prostitution with truck stops. At that point in time, prostitutes in Nairobi had already been documented as averaging over 90 percent HIV-positive. Truck drivers were running almost 70 percent positive. Because of the different strain of HIV present in Africa and factors like poor nutrition, AIDS is a different, even more aggressive illness there. Her fiancé had died several months earlier, and soon after his death, she had become ill. She was unaccompanied by any family, which meant she had likely experienced rejection on all levels.

I grasped her hand as I started to work through the interpreter, and she almost recoiled. It was apparent it had been a long time since any other human had touched her. Her hand was cold and damp, but eventually she began to relax and grasp me back. I looked at her intently, working the language through my interpreter.

“Tell her she has an infection in her lungs that is very serious.” A string of foreign words echoed mine, in a tone less compassionate than I would have hoped for. “Tell her that we will need to start an IV to give her some strong medicine to treat the infection.” The nurse interpreted and the young teacher nodded. “Tell her we will need for her to stay in the hospital for a while.” A deep sense of relief flooded over her and a weak smile. “Tell her—tell her that her baby’s heartbeat is strong.” It was partial information, partially true. I couldn’t bring myself to place any more on her than she was already carrying.

She nodded once more, this time more strongly than before. I put on a pair of gloves and started her IV. As the blood flashed into the catheter, a small amount escaped as I connected her IV line. I noticed the nurse stiffen. I taped the IV down myself. Then I wrote some orders and returned to the outpatient clinic…

We were just finishing up the day in the clinic when a knock at the door came. You are needed in the woman’s ward…the patient with pneumonia has delivered her child.

It was a tiny little girl. She was cold. I felt for a pulse but there was none. A resuscitation would serve no purpose. I then turned to the mother and found her also to be without any heartbeat, any respirations. I leaned down and slowly turned off the valve on the oxygen tank. The nurse told me that just moments after delivering the dead child, the mother had simply closed her eyes and stopped breathing. It was as if as soon as she knew there was no further hope for her child, she had permission to do what she had been working at doing for the last several months—die….

“What was the point,” was the question pounding in my own head as I walked down the hall to the utility closet to wash up. What had we done for her? As I scrubbed my hands with the gritty Kenyan soap, I recalled a story I had read about Mother Teresa. She was being interviewed by a Canadian TV talk-show host, a shallow, provocative man. He asked her this question: “What real good are you doing? These people who come to you. These people you find in the gutters and the streets, you bring them to your hospital and they die.

“What’s the point?” Mother Teresa looked at him intently, burning through his shameful facade, and then after a heavy moment, in her thick Albanian accent, asked her own question: “Do not these people, who have lived their whole lives like dogs, deserve to die like angels?” She said nothing more. And neither did her interviewer.

I thought about the young woman in the room I had just left. I thought about her in her clean gown, on her soft bed, in her large bright room. Under her warm blankets. And Mother Teresa’s words echoed in the back of my mind. To die like angels. Maybe sometimes, this was all we would be able to do. Maybe sometimes, this would have to be enough. I made my way down the stairs, out the back door of the hospital. The sun was beginning to set behind the western mountains off in the distance, and the wind was blowing at my back. I followed the path home, through the graveyard. 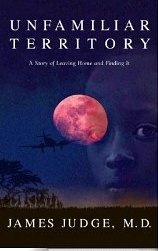